The Women on Boards movement isn't about gender.

I was visiting family in Michigan recently, when my uncle came down to the lakeside dock. He sat down next to me and said, “You know, I’ve been pretty angry at you for this women on boards stuff you’ve been working on.” I laughed… but we carried on and had a respectful dialogue on gender parity, and in the end I like to think my uncle agreed with many of the points I raise here.

Photo: In 2018, I testified in multiple legislative committees for passage of California’s SB826.

Many of you know that I’ve testified in favor of legislation supporting the inclusion of women on public company boards. Gender equity gets the most press, and for obvious and good reasons. For governance and compliance professionals, it’s imperative to understand how changes in the recruiting and selection process will result in getting the most qualified people to serve on corporate boards.

The key benefit of legislation, such as California’s Senate Bill 826, is the powerful conversation it drives around the closed board recruitment and selection process.

The current and accepted practice favors existing (and predominantly male) board members’ personal networks over finding the most qualified candidates. As compliance professionals, we’ve seen too many examples demonstrating the risks when boards fail to effectively fulfill their oversight obligations.

Institutional investors such as Black Rock, State Street, and CalPERS have used their proxy voting power to pressure public companies nationwide specifically on the issue of increasing the diversity on boards. Just last June, CalPERS made good on its diversity push, voting against 438 directors and 141 companies with all-male boards. Given the fact that institutional investors hold about 70% of all traded stock of publicly held US companies, this type of activism will have a far greater impact than state legislation.

Women currently comprise 51% of the US population, 57% of the workforce, and 56% of college students.

In contrast, only about 21% of Fortune 1000 corporations have one or more female members.

We know by the numbers alone that companies are leaving top talent on the table if they are pursuing the old “friends and family” strategy. A board has a responsibility to give its CEO wings and to know when to put the brakes on. An overly chummy relationship with the CEO does not allow the checks and balances that our financial system requires in order to stay healthy and ethical.

It’s my strong belief that a disruption to the outdated board recruiting system, in parallel to opening the door for more women, will open the door for men who have traditionally been excluded from the privilege process as well. History bears this out.

At the end of the day, our goal is to have the most qualified board members serve our public institutions. The current process simply does not allow this to happen. An intervention can jump-start the system for the benefit of all: shareholders, organizations, employees, and customers.

We need to create boards with professional processes that result in the best group decision-making. We know that homogeneity leads to groupthink and complacency.

Thoughtful diversity creates healthy conflict and discussion. (Like the conversation my uncle and I had, where because of an established relationship of mutual respect, we could find a way to discuss our opposing points of view from a place of personal experience and integrity.) 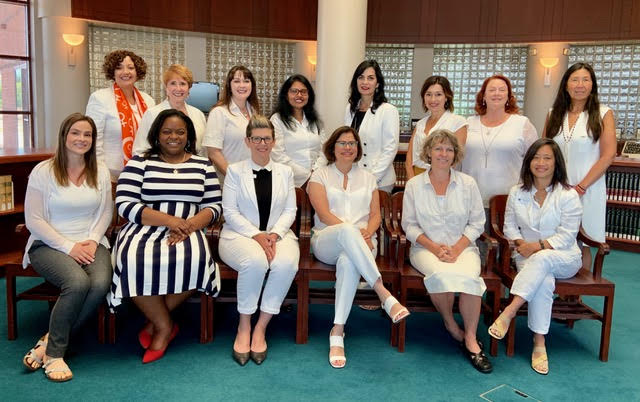 Photo: On July 29, I testified for the Washington Women’s Commission, which is supporting legislation similar to California’s.

Interested in serving on a corporate board?  Click here for The Top 10 Essential Steps Before Joining A Board.

People First! How Promotable Are You?